Drinking the Dregs of a Hurricane

Posted by xivonne in Boston, Earthquake on August 28, 2011 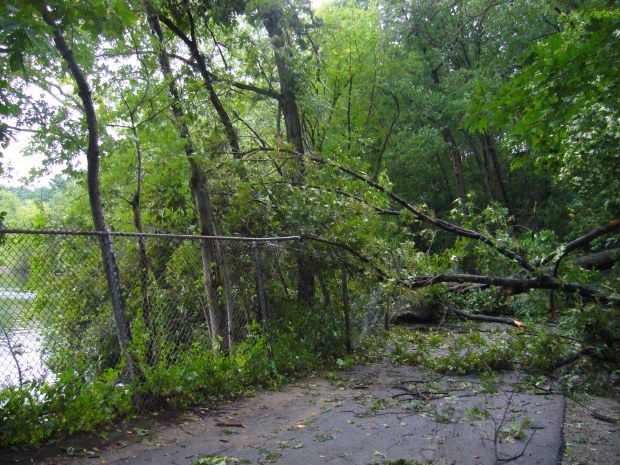 Thanks Irene, happy hurricane season to you too! 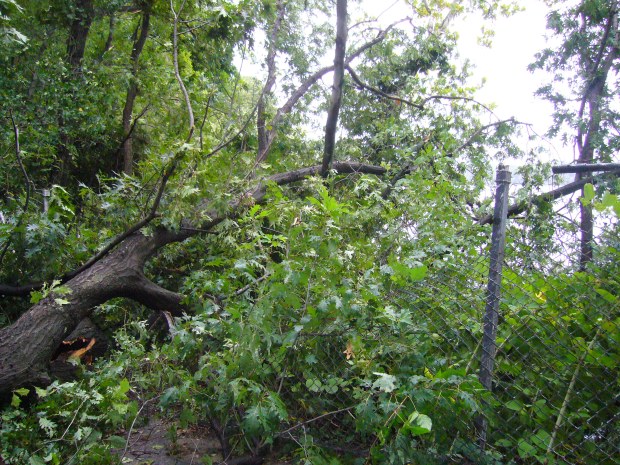 Thankfully, it was downgraded to a tropical storm before it got to us and the line of its path shifted west, so the center of the hurricane was in western Massachusetts by the time it got to us. We did see some crazy rain and wind Saturday afternoon and Sunday afternoon. The Belmont Police Department asked everyone to stay off the roads, so church was cancelled and we were cooped up in the house all day. Around 5pm the wind had died down enough that we decided to go for a walk at Fresh Pond, our favorite place to go running. These first pictures were the worst that we saw, although I don’t know what happened at the coastline. At least we didn’t get as hard as the south.

So there you have it, an earthquake and a hurricane all in one week! We like to keep things exciting around here. In other news, I got accepted at Northeastern University, so I’ll be starting my Master’s in a couple weeks. 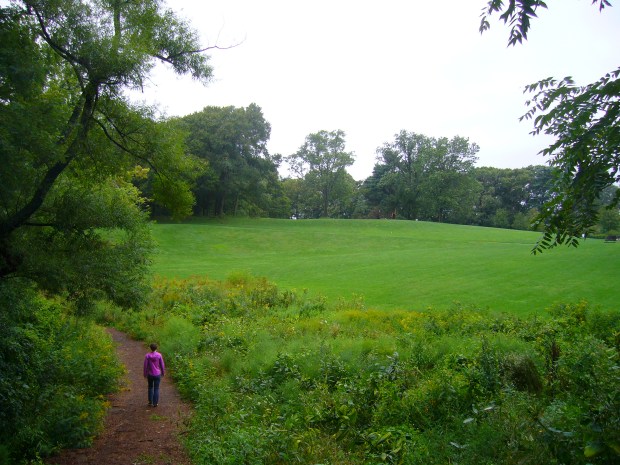 These are some man vs wild exhibits from Fresh Pond. The trees grow through the fence and then they get chopped down. But there are still some remains.

Did you feel that?

Posted by xivonne in Boston, Earthquake on August 23, 2011

Virginia earthquake of 5.8 or 5.9 hit about half an hour ago. I could feel soft shaking for about 10 seconds. M was in Connecticut for a meeting and his building was evacuated. They say this might have been a foreshock, so there may be more tremors to come.

The two nights before and after our visit to Kirtland, we stayed at Perry Township Park, on the shore of Lake Erie. We took a few photos while we made some Sunday night phone calls. 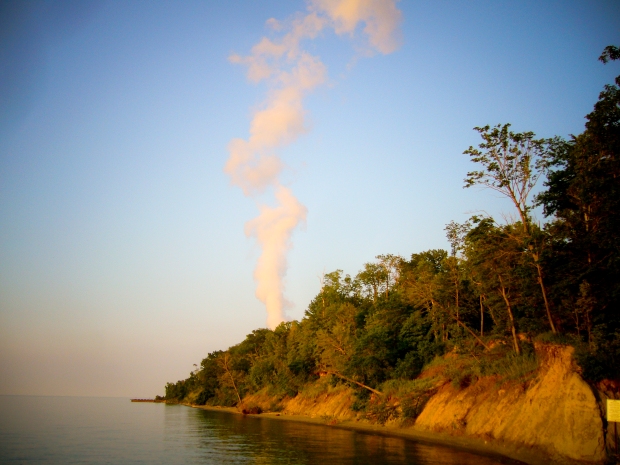 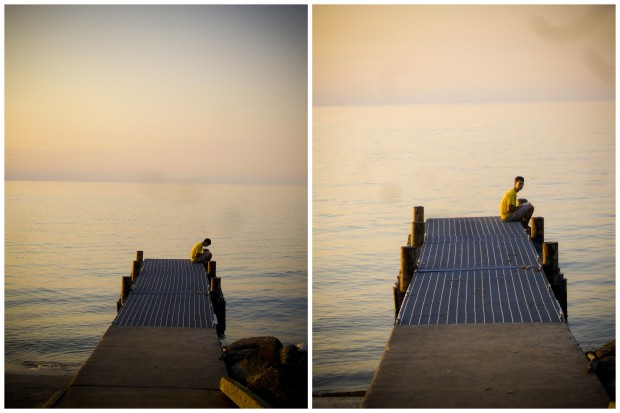 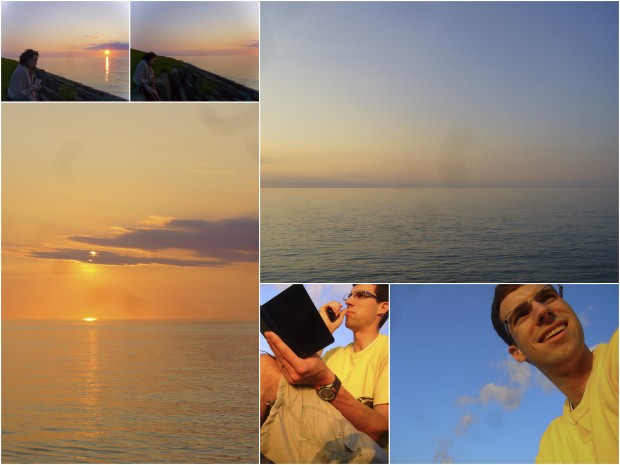 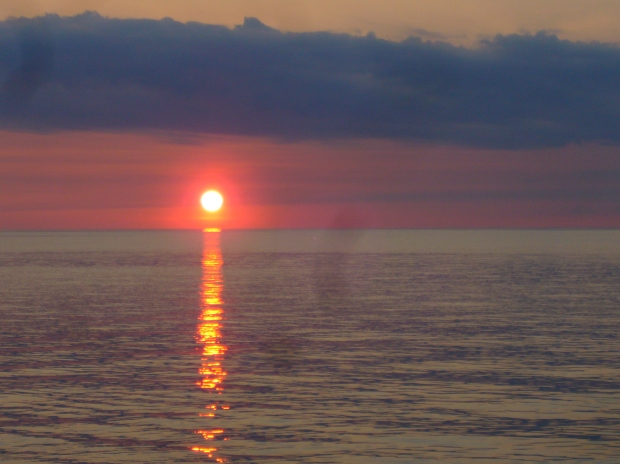 Ok we’re going back to the road trip posts for a second. We’re going to try to finish up these posts so we can get back to Boston! So, let’s go to Ohio for a moment.

We went to church in the Kirtland ward, just a few blocks away from all the historic sights. The Church has reclaimed many of the property that was once owned by early church members before they were driven out, including the Newel K. Whitney Store, where Joseph Smith lived for a while.  Many significant revelations and visitations occurred there, and the school of the prophets was also upstairs. It was a really beautiful city, as you can see in the photographs. We went to the temple first, which is owned by the Community of Christ church. We had an excellent tour guide, who knew very well the events that occurred in the temple.  Even though we had read Doctrine and Covenants 110 before we went, it made a lot more sense to see the “breastwork of the pulpit” as Joseph Smith described it, and to see how there were veils, or curtains, dropped between the pulpits, so that he and Oliver Cowdrey were, indeed, alone when they were visited by Christ, Moses, Elias, and Elijah. Unfortunately we were not permitted to take photographs inside the temple, but we took plenty from the outside. 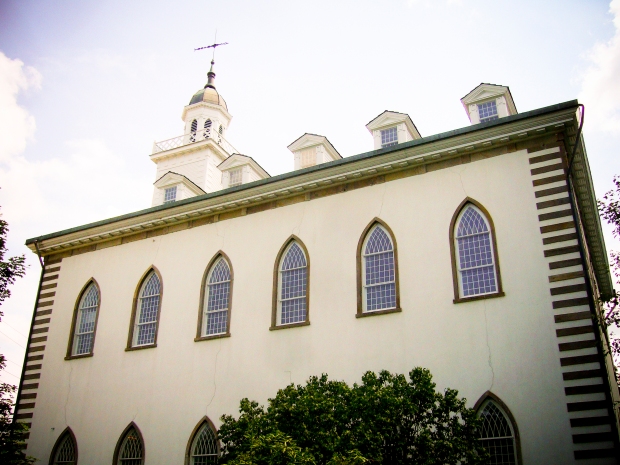 After the temple tour, we went to the LDS visitors center. The senior missionaries took us on a tour of the sites that the Church owns now. Here are some of the sites we saw:

The Newel K. Whitney home (not the store):

The rest of these are pictures from Newel K. Whitney’s store. They were doing some updates on the outside of the building, as you can see, but nearly all of the house was original to what it was when the Whitneys and Joseph Smith lived there. It has been furnished with period decor, though most of the accessory items are not original.

The School of the Prophets:

Posted by dmattgodfrey in Uncategorized on August 18, 2011 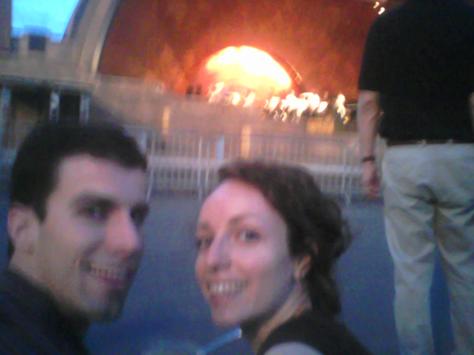 T picked me up from work yesterday (on her two-wheeler) and we biked downtown to The Esplanade, a park on the Charles River. Every Wednesday night during the summer, an orchestra plays a free concert there at the Hatch Shell. Yesterday the Longwood Orchestra played a Dvořák symphony that was about the Czech countryside. It was pretty impressive. And it completely relaxed my mind after a busy day at work.

We only had a phone to take a picture (sorry for the lousy resolution), but this was us eating Thai peanut noodles out of a jar and listening to the orchestra warm up.

Someone finds their secret, water-loving self.

Posted by dmattgodfrey in Uncategorized on August 6, 2011

For the first time in Nasnabostone blog history, we’re posting something on the day that it actually happened! We’re not quite caught up on our life’s story, but we thought we better post in the present now and then, too.

So… check out our trip to the beach:

While we still have summer (although it’s not as hot as it was a couple weeks ago) we decided we needed to go to the beach. About a month ago, we picked up a boogie board at a garage sale and a wetsuit on Freecycle, so we’ve been looking for a chance to test them out. We drove about an hour north to Plum Island, where we went for a morning run, ate lunch,  and then jumped in the ocean. 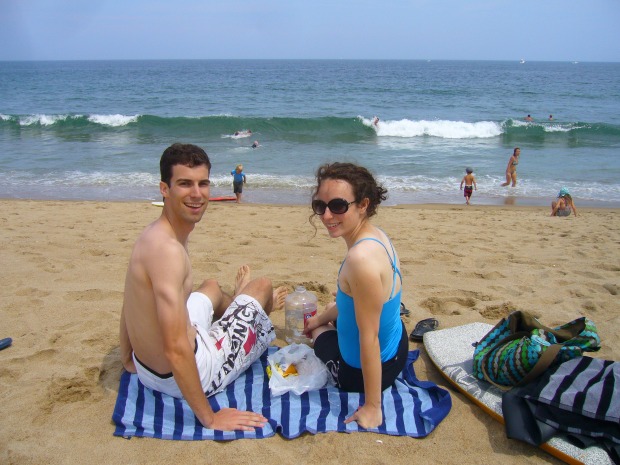 The water was chilly, but really refreshing. After being in for about half an hour I’d have to get out and warm up for a while, but T, with her wetsuit, basically became part fish, part surfer chick and just boogie boarded the day away. She had a giant grin on her face the entire time. The pictures below prove her dedication to the sport. 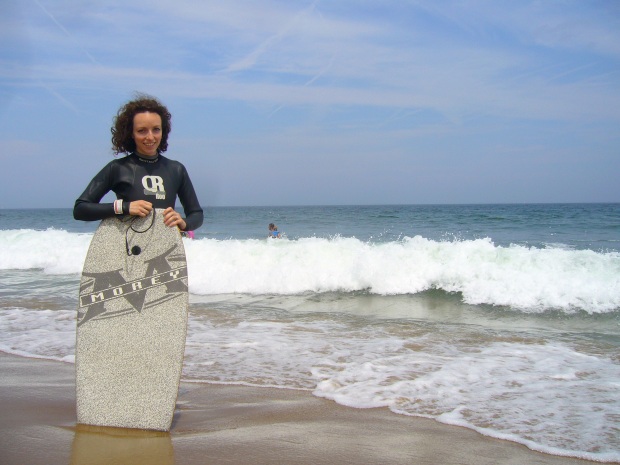 After discovering her hidden love, she officially joined my quest to become a Northeast surfing bum. Once we get a couple old longboards (if she’s this serious, it’s time to graduate from the boogie) and a second, taller wetsuit we’ll quit our day jobs and spend our life on the sea. 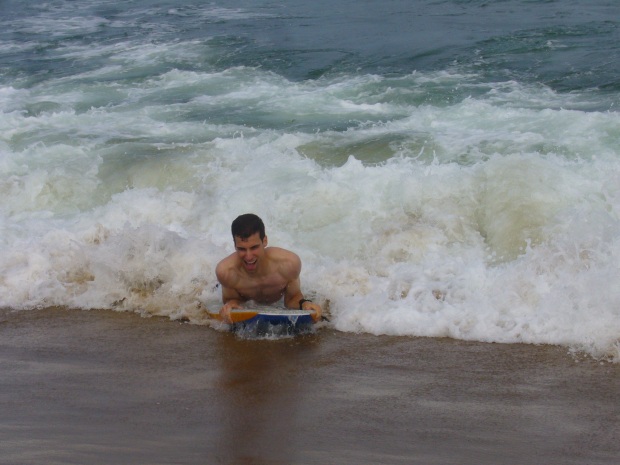 The very best thing in Chicago is Meghan McGrath.

Meghan is a Chicago native. We met in college, and now she’s back in the city she loves, working for the Poetry Foundation. In the picture above, you can see us standing outside the brand new Poetry Foundation building. We were there the day before the grand opening. So after M enjoyed a Chicago style hot dog (I picked the minestrone), we met up with Meghan here, at the newest member of Chicago’s great buildings. The building was designed, in fact, like a poem. In some places the building looks like it is encased in black, but from another perspective, it is clear as day what’s inside.

Meghan’s grandma used to be a tour guide in Chicago, so Meghan has heard just about every story about the architects, the scandals, the prohibition, the plumbing. We wandered around downtown for hours just listening to her wealth of knowledge about the city. By the end of the day we felt like Chicago was another old friend.

Then we just barely missed our train back to the hotel, so we napped for a couple hours at Union Station. 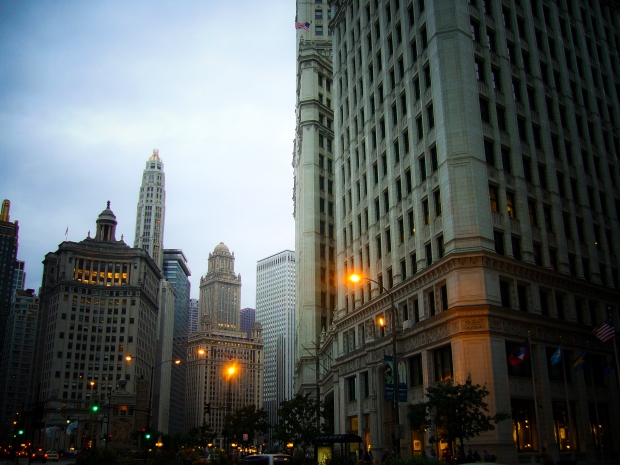 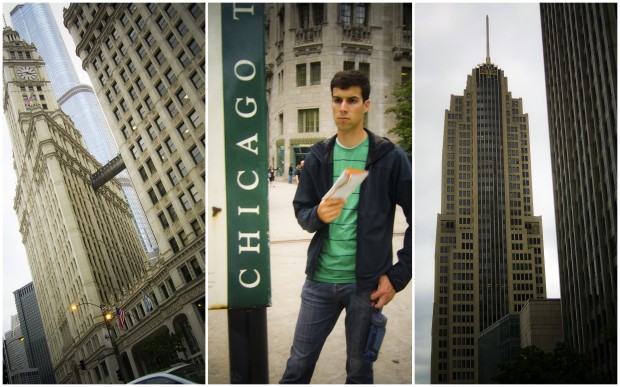 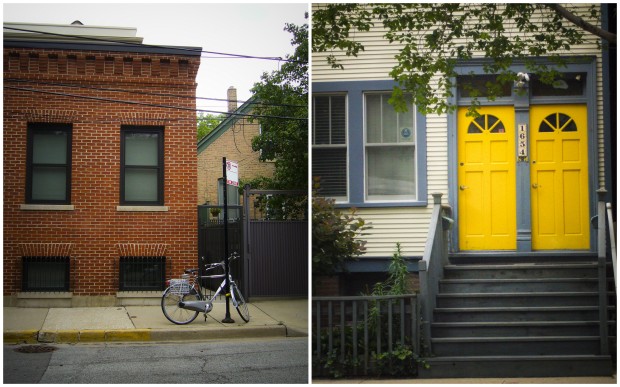 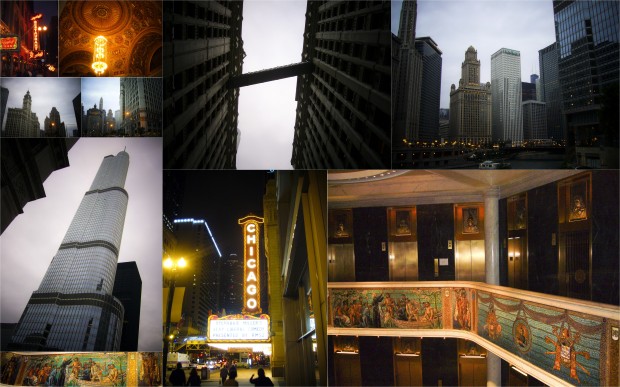 Look at this one. A Methodist church on the top of a skyscraper! 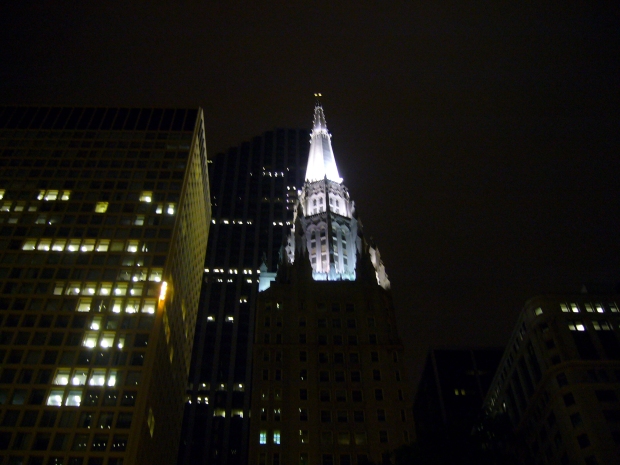 These next ones are from the Chicago Tribune. 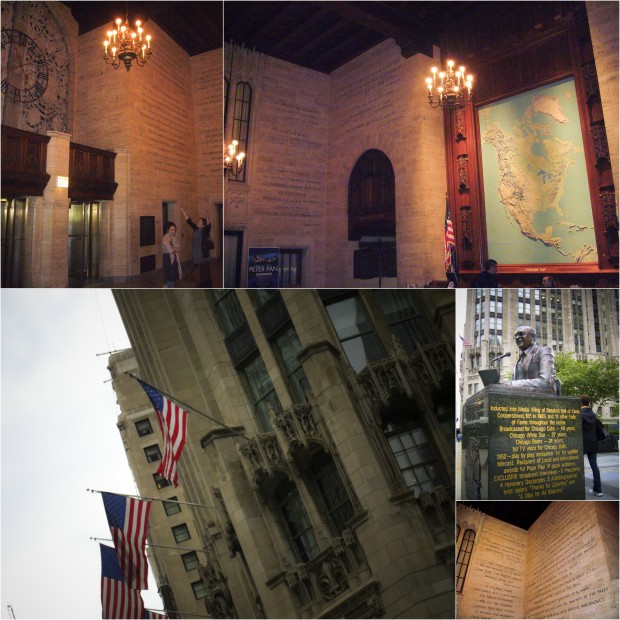 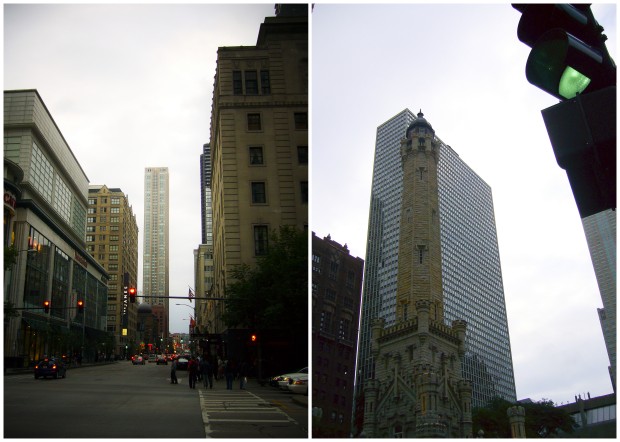 Posted by xivonne in Uncategorized on August 2, 2011 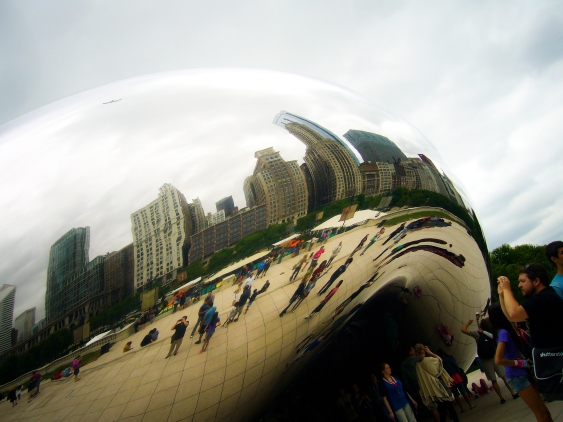 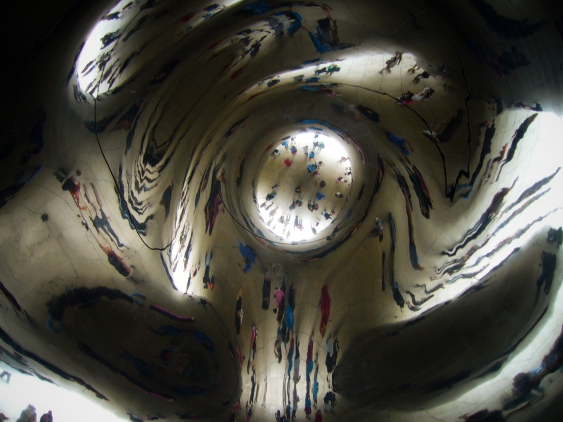 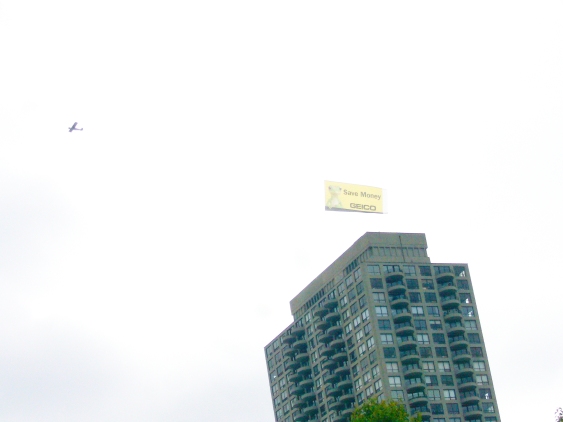 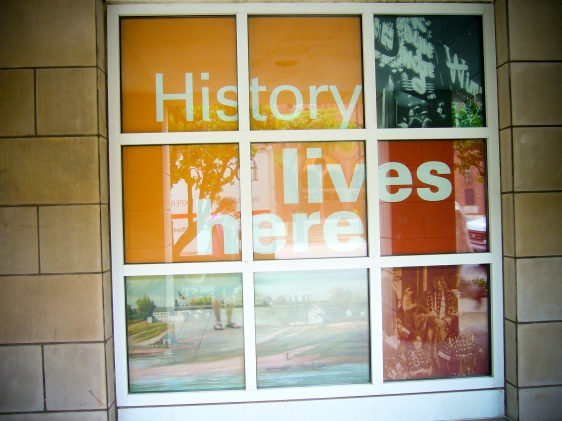